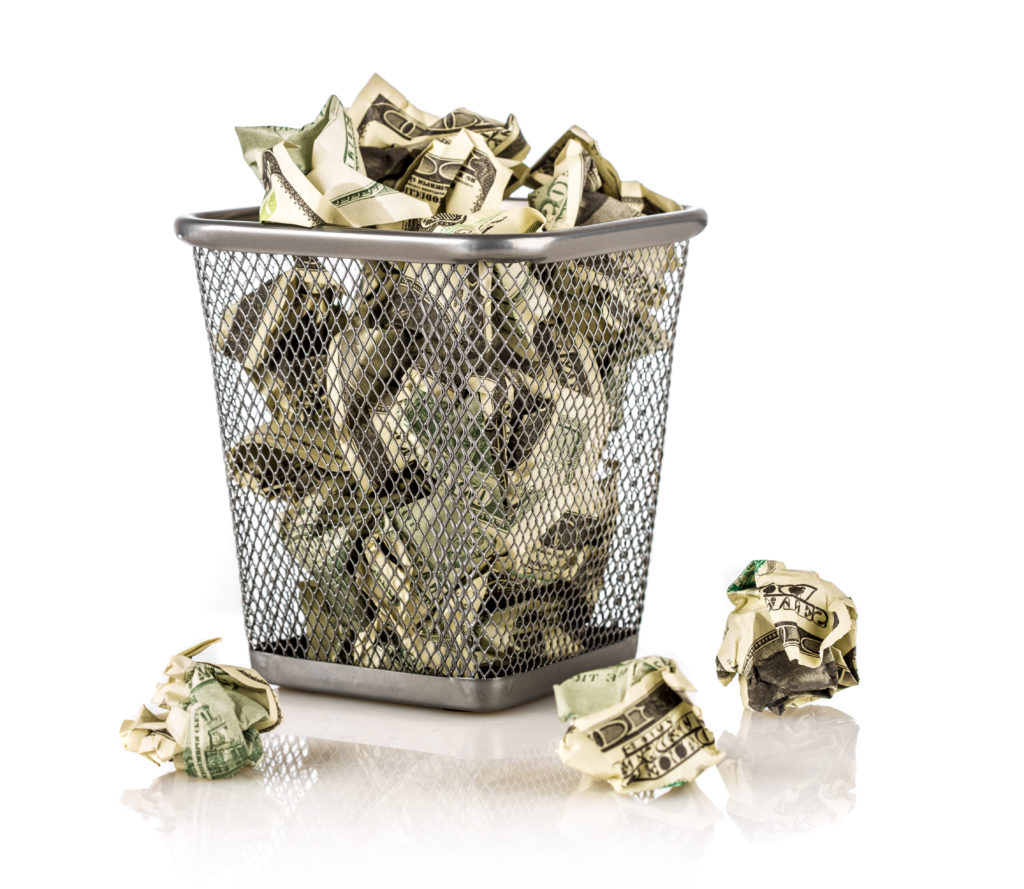 Cash in the Trash

Clutter costs money, a lot of money.  Clutter has cash costs such as late charges on unpaid bills that got lost in the mess.  I have even known a person to write the check, put it in the envelope, stamp it, then put where it would be seen and remembered to take to the Post Office.  Because it was soon lost in the clutter, the bill was never paid, and late charges accrued.  You could end up paying penalties on your taxes because you don’t get them filed on time.  When you’re disorganized and book late for travel or events you miss the good deals and pay higher prices.  All of this adds up costing you money because of your clutter.

I have found many uncashed checks in my client’s homes over the years.  They were buried in the clutter and forgotten.  Some of them were still good, but many were not.  This is like throwing cash in the trash.  Professional Organizers always find money, sometimes quite a lot, in the stacks of stuff.  Clients have lost it and don’t find it until we start seriously decluttering.  A bit of advice: if you are decluttering a house, look in every book, stack of paper, pill bottle, pocket, and in the freezer for cash.  Older people who lived through the depression often stash money in their homes rather than in banks.

Most of my clients have lots of duplicates.  They have had to buy another item, just like the one they already own, because they can’t find the first, second, or even the third one they purchased.  I once found 17 pairs of scissors in a client’s kitchen.  She couldn’t find a single pair and was planning to buy another.  The money spent on all those scissors could have been used for something much more fun.

Clean up the clutter and find the money!

Share on TwitterShare on FacebookShare on PinterestShare on LinkedInShare on Email